On May 6, we introduced “nunokara” in this column that is themed on well-known fairy tales. This time we feature its second series, “Cinderella”. Cinderella is one of the most famous princesses in the fantasy world and the storyline is what many girls dream. KOKKA’s design team has represented such a girly story by using a pop American comic style. The bold and unique fabric is perfect for a casual bag or robust kids’ clothes. It features the ball, the pumpkin carriage, and the glass slipper which are the significant scenes in the story. The Cinderella story has been transformed into an American comic, including dialogue. How about cutting out your favorite frame to use as an appliqué or a pocket of a bag?

END_OF_DOCUMENT_TOKEN_TO_BE_REPLACED 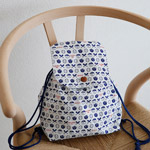 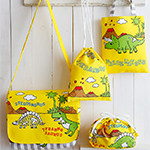 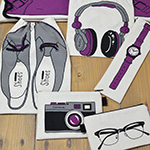 Originating from her passion for handmade craft, the doll creator mimiwn started her own doll series “una-na” in 2003. una-na is a rag doll made from scraps of her favorite fabrics and dresses. Her recent creation “knitted una-na” has been featured in the Japanese knitting magazine named “Keito-dama”.

Stylish Parisienne, Hawaiian girls…. mimiwn has created each with its own unique characteristic. It is truly one and only doll on earth.
The reputation of una-na, which mimiwn plugs away at sewing with pleasure, has spread by word of mouth. In fact, hundreds of una-na dolls have already gone to her customers. mimiwn sometimes receives a request for a custom-made doll using the customers’ own favorite clothes.
mimiwn says, “ ‘una-na’ is the only one for you in the world. While picturing the receivers’ happy faces in mind, I delve into sewing and knitting”
Don’t you have a dress you once loved and cannot wear, but you hesitate to throw it away? Isn’t there any fabric or button waiting to be used? Isn’t it wonderful that such a “useless but favorite” thing may come back to you as a doll?
You will soon prepare for different set of clothing for the coming summer. If you wonder what to do with your well-worn clothes, how about using them as materials for handmade crafts? You might discover “treasures” you never expected. 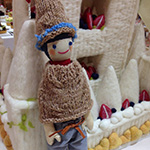 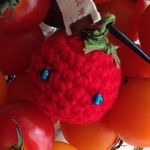 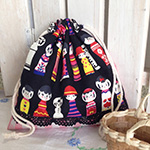 It is early summer. The sun is getting stronger day by day bringing out a slight sweat. This time we introduce the double-gauze named “Moku gauze”, which is absorbent, breathable, soft and gentle fabric. “Moku” is from “mokuito” in Japanese or mock twist yarn in English when a few different color threads are spun together.

The patterns, such as low-key dots or small items, are not eye-catching so “Moku gauze” can be used for making clothes. The fabric’s material color affects the coloration for this line. If you are not sure if you are able to make a dress, why don’t you start with an easy sewing project like a scarf? Just by attaching race ribbon or sewing buttons on the fabric, you can create your own stuff. Small flowers gradationally spread all over the fabric. The floral pattern will look differently as you cut the pattern in a different way. Isn’t it pretty if the part of flowers packed comes to the hemline of your dress or skirt as shown picture here?

END_OF_DOCUMENT_TOKEN_TO_BE_REPLACED 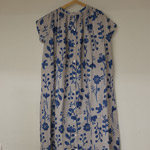 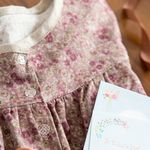 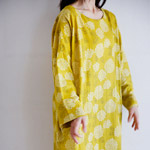 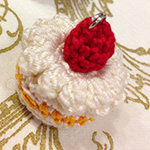 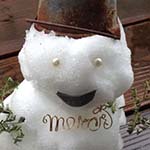 In Japan, both the Gregorian calendar and the traditional Japanese calendar with eras based on the reigning emperors have been used. The period from 1926 to 1989 is called “Showa era” corresponding to the reign of the Emperor Showa.

cocca is a textile store located in Tokyo, and has its own brand fabrics and goods. Among cocca’s unique fabrics, we cover “Showa Retro” collection here. The nostalgic fabrics designed almost 50 years ago have just been revived with different color schemes to accommodate a contemporary lifestyle. The amusing patterns and extraordinary color sense in Showa era inspired cocca to create this collection.

Because of the running pattern of small motifs, “Showa Retro” is great for any project, such as apparel or small items. The pattern also fits anyone regardless of age. Isn’t it fun to dress in matching clothes with your kids?” cocca says.

“Showa Retro” collection consists of a various materials like cotton satin and dobby. You are able to enjoy comparing each texture as well as patterns. This is a glossy fabric using cotton satin. The contrast between colors of hand-drawn “koushi” (plaid) and off-white foundation for spring-summer season is outrageous. The classic checkered fabric works well for clothing.

END_OF_DOCUMENT_TOKEN_TO_BE_REPLACED 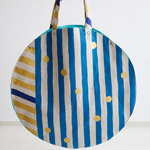 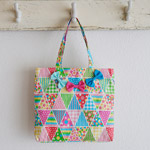