On February 15, the prizewinners of Third Kokka Textile Competition “Inspiration” gathered for the award ceremony held at Cocca, a textile store in Tokyo. In the picture are the applied artworks by Natsuki Camino, who won the grand prize. While being the active illustrator for printed media in magazines and advertisements, Camino designed the cup & saucer bridal gift set for Barneys New York in 2012. Camino uses “Chigiri-e” technique for her works, which features torn pieces of colored paper collaged together to form images – like painting with paper.

Asked for the reason for her entry, Camino responded, “Fabric printed with my artwork sounded thrilling, and in fact it was my dream.”
While one of her entries “apple” is a very textile-like design with the repeated drawn motifs, others depicting airport or lighthouse are just like paintings. The composition for each work is unique, and they would also be good as pictures on the wall.

Masaru Suzuki, who is the textile designer and a judge for the competition, found “new possibility” in Camino’s designs. “The decisive factor in choosing hers was that they had been textiles, but not textile-like designs. Above all, her artworks were really attractive.”

A buffet party followed the award ceremony. With a glass of wine and appetizers, all participants enjoyed the friendly get-together. Other judges got talkative and made interesting comments:

“Today a minority, tomorrow a majority. Have a long-term perspective in your creative activities.” (by Masafumi Arita, textile designer)

“Keep it in mind that this is the art first, the textile second.” (by Masahiro Tobita, textile designer.)

Camino’s winning artwork will become a textile this summer and of course we will feature it at this site. You now have something to look forward to when it comes. 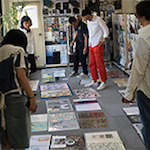 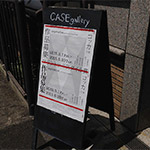 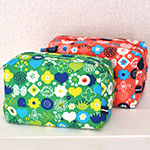